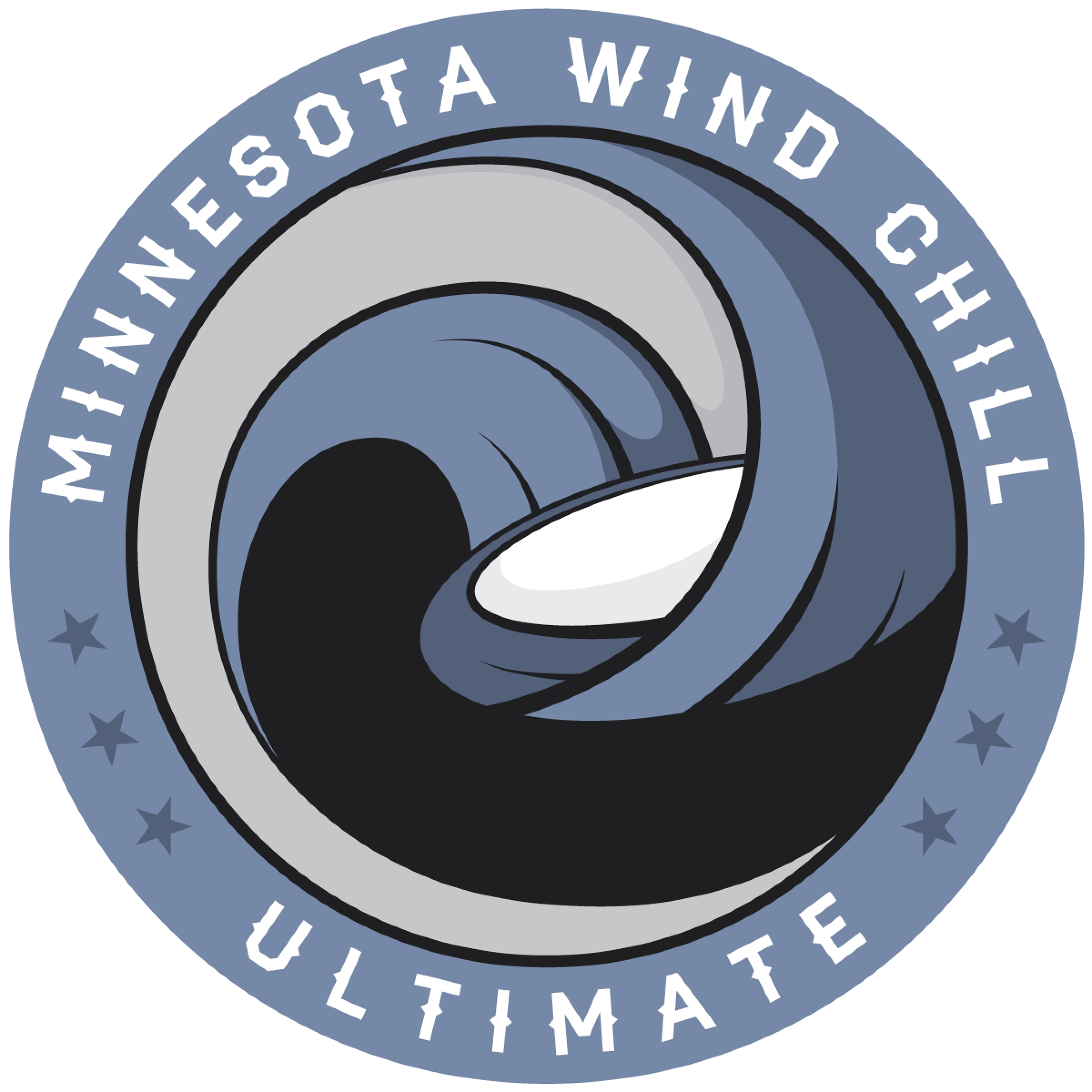 In this fifth installment of a 4-part series profiling Winnipeg's contributions to the AUDL's Minnesota Wind Chill (part 4 here), columnist Yacine Bara gets stalked by a frisbee imposter.

Are you STILL watching?

On the screen, the third word doesn’t actually appear in uppercase lettering -- but that’s how it reads in my mind. Whenever I’ve been parked in front of Netflix long enough, its tone always strikes me as holier-than-thou, as though I’m the only one who’s ever been so indulgent.

Keep your opinions to yourself, Netflix. I don’t pay you to tell me how to run my life. And besides, I’m right where I’m supposed to be -- here on my couch, far from other people, saving humanity in the process. If you ask me, I should be met with a more celebratory tone…

It’s been a bizarre few weeks. I had just come off a grueling four-month stretch of high-pressure writing assignments under crushing deadlines, when the world was suddenly...interrupted...in a way that it would never have previously occurred to me was possible. All I had wanted to do was relax at home, alone, and now… that’s pretty much all any of us can do.

I wonder how Cam Burden is holding up these days… I vaguely recall seeing a steep staircase somewhere on his Okanagan compound, leading down to a thick steel door with a sign that read “in case of global pandemic”. I didn’t understand then, but I’m realizing now that his home really did have every amenity.

Jesse Greenberg is definitely the reason that I haven’t been able to find a bag of Cheetos at any store in weeks. Quinn Snider showed up at my door three days ago, offering to make a grocery run for me or “any other elderly folks who could use a hand”. (I’m not even 40. I absolutely fumed when he left, and made him leave the groceries on the front step when he returned.) Elsewhere, I imagine Mat Ladyman is celebrating the fact that David Ladyman is unlikely to notch a single goal or assist this summer.

As I’m about to dive into my next episode, my phone buzzes on the couch beside me. On the home screen is a message from an unknown number. I glance at it quickly -- assuming it’s spam of some sort. Sure enough, it starts off with some sort of made-up, generic name -- “Mac Lane” or something. I think nothing of it…

Okay... back-to-back spam texts is just obnoxious. I’m about to block the number but something catches my eye. The first message reads:

“Hi it’s Mark Lloyd. You wrote profiles about my four Wind Chill teammates and I was wondering when you’d like to connect to talk about mine.”

“Oh and I noticed that there were some factual errors in those articles. I’m happy to help edit mine to get it cleaned up before publication. Talk soon.”

I stare at the screen, scratching my head. Alone in the room, I shrug and shake my head, palm upturned in a reflexive “no idea” gesture.

Weird. He’s definitely got the right number. (No Nigerian prince or other purveyor of impossibly good fortune has ever opened with information this specific.) Not sure what factual errors he’s referring to, but no matter -- the message was clearly intended for me.

And yet, it’s also clearly some sort of hoax. Any self-respecting Ultimate fan (or sports columnist) in Winnipeg knows that the city only has four home-towners on the 2020 Minnesota Wind Chill. But why…? I mean, if I was going to claim to be something I’m not, I would choose something way cooler than a professional ultimate-frisbee player. L O freaking L.

I chuckle and shrug the whole thing off… people, I tell you.

Speaking of which, time for more important things: I’ve gotta get to the bottom of what really happened to Jack “Don” Lewis and whether he’s in the septic tank beneath Big Cat Rescue. I press ‘play’ to resume my binge. 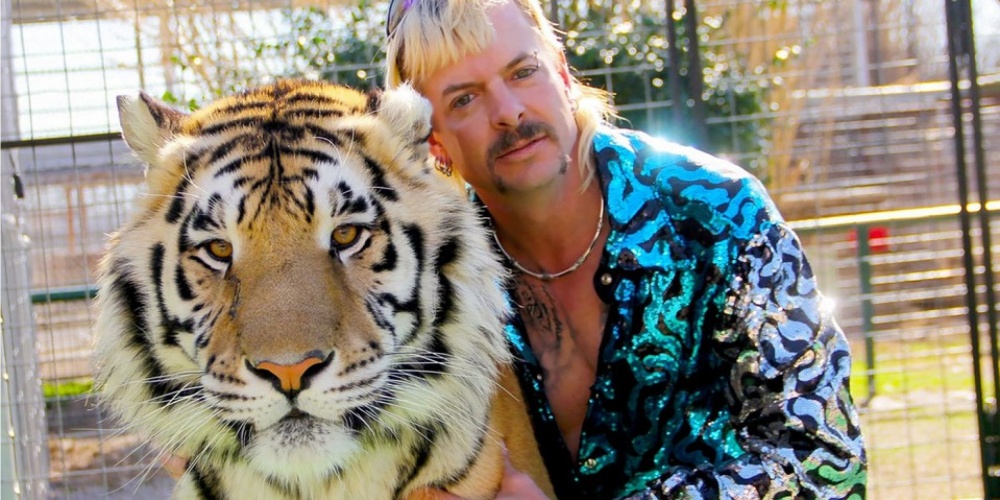 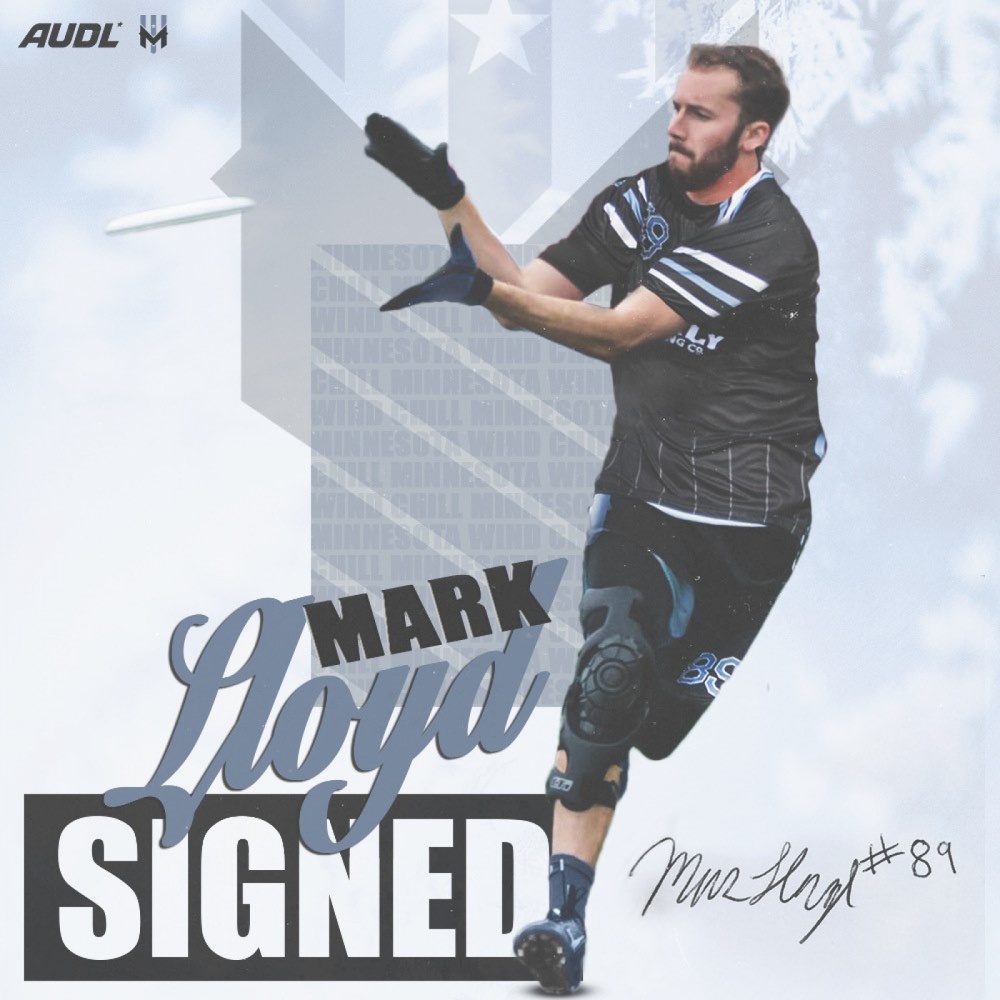 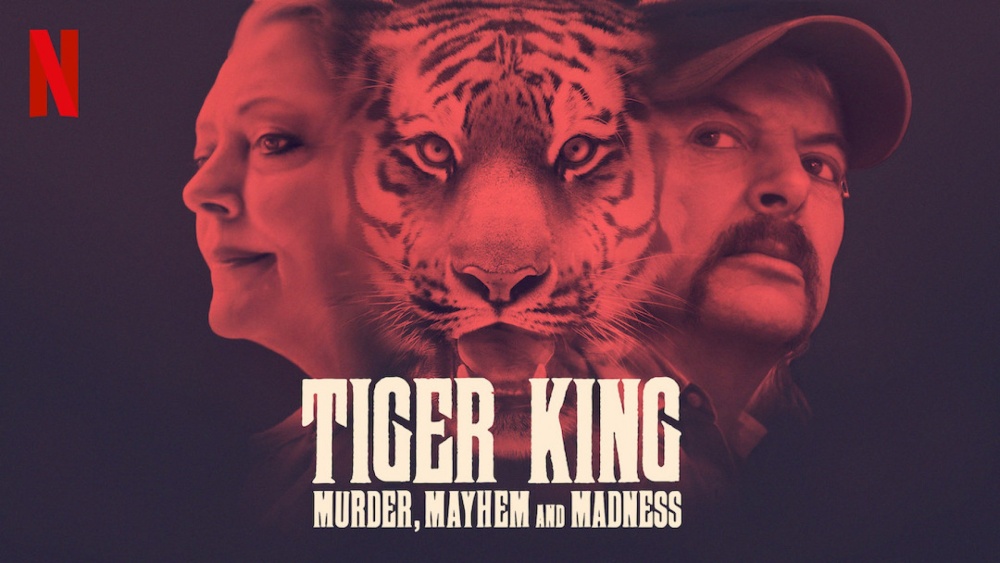 Three minutes later, my phone buzzes again. It’s the same guy -- Mork Ladd or whatever he called himself. Unreal.

“Hi, me again. I noticed you read my message and didn’t respond. Thought I’d follow up and let you know that I’m pretty available these days, so I’m ready to chat whenever. We can do a video call to help flatten the curve. OI or IO… you choose. Get it? haha”

I’m starting to get annoyed. Neither pandemic jokes nor frisbee jokes are funny… how dare this guy try to combine the two? I fire back..

“Listen man, I’m not sure what you’re selling, but I’m not interested. Please and thanks.”

“Haha okay well I set up this Zoom call and I’m on it now in case this is a good time.” He sends a link. I put the phone down.

Over the next 8 minutes, two more:

“I figured I’d help gather some resources to make your life easier,” followed by a series of links to youtube clips, Ultiworld articles, r/ultimate reddit posts. Then…

“I was thinking that maybe the theme for my profile could be about how I’m proud to be part of the Wind Chill but I’m also really proud to have played a part in putting the Winnipeg Ultimate scene on the map.”

I don’t like where this is going. I am never going to have a chance to memorize Doc Antle’s wives’ names with this Mick Lang guy bothering me every three seconds. I jump on the video call to give him a piece of my mind.

He greets me with a huge dorky smile and an exaggerated wave.

I explain to him that I’m really quite busy and I would appreciate it if he’d cut the BS and leave me alone. He looks puzzled…

“What do you mean, what do I mean? I mean that I’m not sure what your angle is here, but I’m not going to fall for whatever stunt you’re trying to pull. I’ve done all the Chill profiles there are to do.”

He sits, silent for a few seconds, jaw slightly agape.

“Wait, you’re telling me you don’t know who I am?” He’s dumbstruck.

“Cut the crap, buddy. What do you want from me?”

“I’m...Mark Lloyd. Like… from Ultimate. You know, two-time Ultimate Canada Male Athlete of the Year? Played all over the globe? Two-time World Games Athlete? Team Canada mainstay, with gold medals in 2010 (U23 Open) and 2012 (WUGC Mixed)? 2013 AUDL champion with the Toronto Rush? Long-time captain and star of GOAT? Led a legendary upset of Revolver at 2014 USAUs? Whole pile of CUC & CUUC medals? WUCC 2014 and 2018 with General Strike? Highlights viewed tens or hundreds of thousands of times on YouTube? SJR Hall of Famer? I worked for MODS?.... Hometown hero……?” He starts trail off… “I….work for the AUDL. My dad is …...chairman…. of the league…..” His voice fades to a whisper. 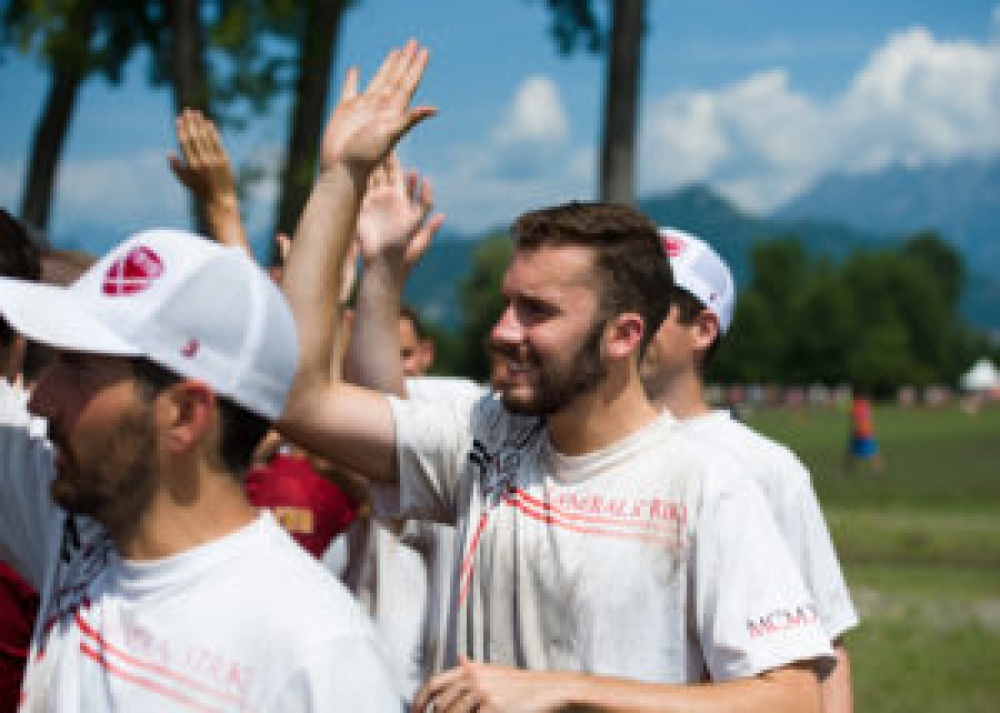 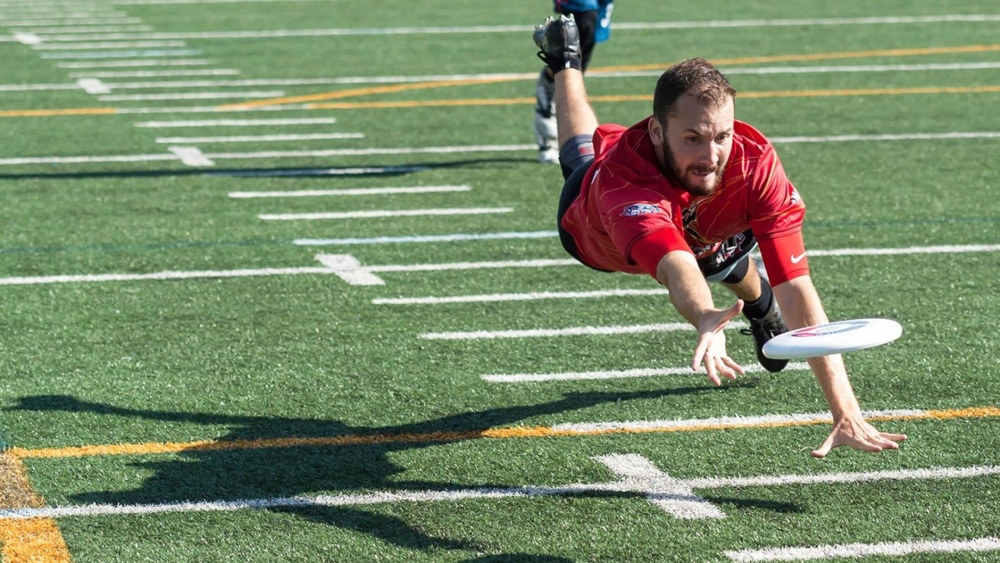 I let the dead air hang for a minute, unsure if he’s going to launch back into it. He doesn’t.

I exit the video call and put my phone down, at which point it immediately starts blowing up. Back-to-back-to-back-and-more (I lose count) messages come flooding in, all from a now-irate Mike Lorde. My earlier annoyance has morphed into a morbid fascination at what this crackpot will say next.

“YOU’re the fraud. Your articles suck. I get what you’re doing. You think your ‘satire’ is sooo great. No wonder you’re not writing for a real publication, you amateur.”

“Cam Burden is NOT rich. I’ve made hundreds more dollars throughout my Ultimate career than he has.”

“Jesse Greenberg is a lunatic...I’ll give you that. But he’s been practising social distancing on defense his whole career. If he’s worthy of a profile, I guess ANYONE is.”

“Quinn Snider is nothing more than a beautiful head of hair and a big vertical. I’VE devoted my whole LIFE to this sport.”

“You know what? I don’t even care. You can keep your stupid profiles. I don’t want to be part of them anyway. HAVE A NICE LIFE.”

Finally, the buzzing subsides. I try to process the fact that somehow these strange times keep finding ways to get more strange.

I chuckle to myself, then bask in the silence.

Oh right! As I reach for the remote, I wonder who’s more strange: that crazy witch Carole Baskin or this frisbee imposter Max Loud. Tough to say. Either way…

Yes... I definitely AM still watching.

Mark Lloyd and his Minnesota Wind Chill squad host the Montreal Royal in Winnipeg...who knows when! The home opener previously scheduled for April 18th has been postponed indefinitely. Stay tuned for details on a revised date. For now, stay safe and be good to people. 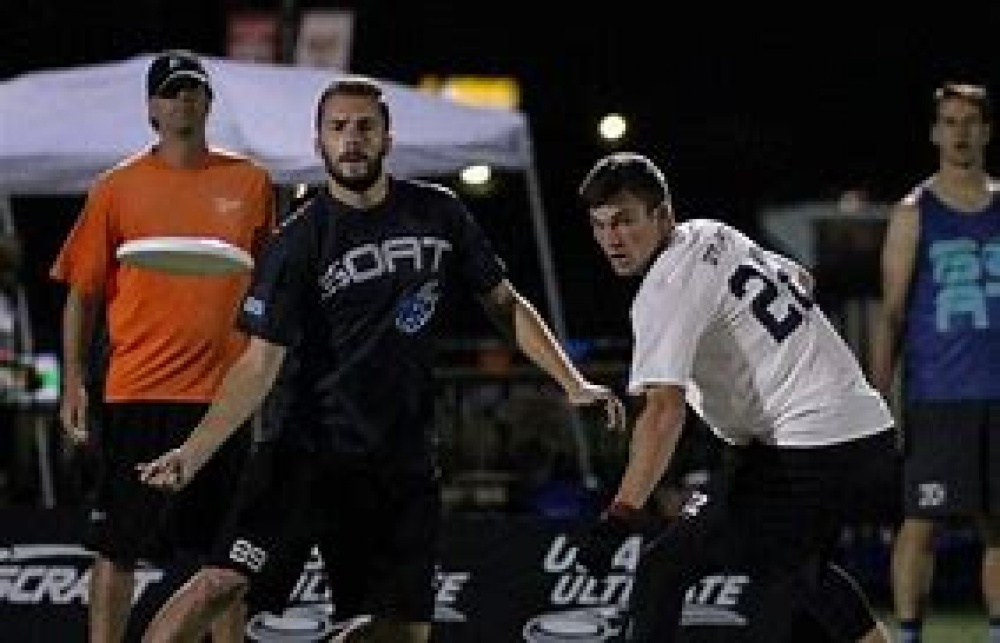 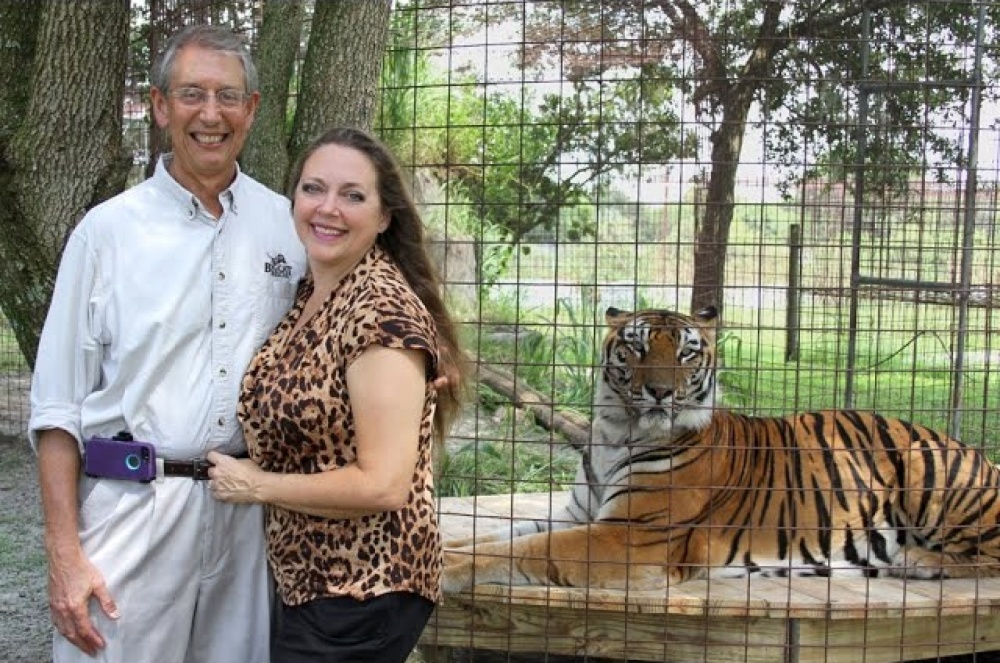