As per a suggestion brought up at the recent captain's meetings this news post will be a spot to post relevant information about league updates.

Each week new comments will be added (even if the comment is no new info).

The last 2 weeks saw league play finally get underway. Unfortunately near by forest fires caused air quality issues that forced cancelations on 3 nights. MODS is working hard to finalize an "Air Quality Policy" to create a structure for when games will or won't be canceled. The office is working with captains to add a date to the season schedule to replace these games.

MODS also released an update to our Outdoor Return To Play document. This added in the amendment that allowed spectators and added adults as eligible to attend games. The update also removed the mask mandate to and from fields. It's important that attendees still socially distance from non-family members and follow all other protocols.

It was great to see teams out at the parks playing the sport we all love. Have a great long weekend.

A common question right now is - "does the two team maximum rule still apply?". The answer is yes. The staff and board discussed this at a recent meeting and there will need to be further health restriction updates before a change to that is considered. All the COVID metrics are trending in the right direction and MODS will be ready to make an adjustment when the health regulations dictate that we can.

This week brought great news for the MODS summer leagues and programs. The updated health regulations now allow for 50 players per field, meaning teams can have up to 25 players at a game. This should more then cover teams active rosters and avoids the major problem we would have had trying to run games with only 12 players allowed per team. Captains received some updates over the last 2 days and another update and info is being sent out on Friday as we prepare for the start of league games next week. Schedules will be posted today through the weekend. Our summer staff has been working hard to mark the fields and get things ready for a return to Ultimate! The hunt for female players continues as MODS needs to field a Thursday Free Agent team to even out the team numbers on that night. If you can encourage any women you know who could play Thursday's to contact Corey that would be very helpful.

The Province indicated on Wednesday (July 7th) that Manitoba had already hit their August 2nd milestones regarding vaccination metrics. We expect to hear an annoucement this week on updated health regulations. MODS of course is hoping that an increase to gathering sizes will be a part of that announcement to alleviate our roster issues. Our summer staff is busy painting the fields to make sure our venues are ready for game play the week of July 19th. Deadlines to register for programs occur this coming week (July 12 - 15th). If you have any questions please contact Corey.

This past Wednesday was the first Sport Manitoba conference call since the change in health regulations.

Here's an update that was sent to Mixed League captains to confirm info from that meeting.

What does all this mean?

First the Province had earmarked August 2nd for the next update to rules.

Sport Manitoba let us know that we are tracking way ahead of schedule as a province to meet our next targets (vaccination and other related metrics). It is estimated we will hit that next goal in 7 – 10 days and hopefully the next change in rules will come within days of that.

Our sincere hope is that we will be able to update our team roster numbers prior to the first week of play.

You can have as many people on your roster as you want but are limited at the fields to whatever the current limit is.

I know 12 is difficult and again I really hope that I will have good news prior to the first games about increasing that number.

We encourage anyone who can get vaccinated to do so as that is the lever that will allow life to return closer to normal.

Several of our members have asked if MODS could run programs that required proof of vaccinations to participate.

The simple answer to that is no.

We cannot require our members to disclose personal health information.

Sport MB updated us on this again today.

They are keeping a close eye on any changes to that but for now it is not something that we are legally allowed to do.

MODS will review any major changes to health regulations and consider updates to our Return to Play document on a case-by-case basis.

We want to provide as safe of a playing environment as we can, so we won’t be rushing to remove any of the current protocols unless it absolutely makes sense.

I had previously asked teams to let me know if they would be continuing on into the July league (your May registrations and payments would be carried forward) or if you were not going to be playing and required a refund. I haven’t heard back from several teams. This could be due to:

May teams that I haven’t heard from yet were contacted to remind them to update their status for the July league.

If you’re in just shoot Corey a simple email confirming and you’re good to go.

If you’re not playing and would like a refund, just send Corey a request and he will take care of it.

If you’re unsure, please make sure to commit prior to that July 12th deadline.

With the recent announcements in health orders MODS is on track for a successful summer season beginning July 25th. Recently all of the important metrics around COVID-19 have improved. Daily case counts are decreasing, test positivity rates are improving, the % of first and second dose vaccinations are rising and Winnipeg is moving towards a more normal summer. MODS encourages all of our members who can to get vaccinated as soon as possible to help with these efforts. Current health orders would allow us to begin play immediately but MODS intentionally chose a later start date. Why did we do this? To allow for further improvement in the COVID-19 situation and to give teams and individuals time to recruit players when they can have more confidence about what they are signing up for. Additional communication is being sent to registered captains & program members and we have re-opened registration for all programs as of today. The hope of the office and board is that further loosening of restrictions will be achieved by the time our leagues start so we can provide the safest and most convenient programs for you.

The last 2 weeks has seen some improvements in case numbers and we all hope this is going to lead to changes to the health restrictions in early July. A couple of members have inquired about the potential of MODS running a league / program for people who've been vaccinated. This has been a topic of discussion for sports in general at Sport Manitoba. As of this time this is not something we would be allowed to do (when sports returns). Sports organizations aren't allowed to collect personal health information from its members. Sport Manitoba is staying in contact with the province about how vaccination cards could be incorporated into registrations for sports leagues. Canada Day will be an important date in getting updates for the next steps in this shutdown and we really hope that we see a dramatic improvement in the daily case counts by then.

As case numbers begin to come down from the recent peak we are seeing signs that it will not be a straight trajectory as some days have seen increases. Manitoba Premier Brian Pallister recently announced an extension of the shut down to June 12th. This effectively removes one of the options discussed last week; leaving us with the possibility of splitting the remaining time into two seasons are just running one season. I hope to have some clarity on that in the coming week.

In a week where we seem as far away from playing sports as we can be, it's important to look at our neighbors and the trends we are seeing. Ontario was in a very bad place with the pandemic a few weeks before us and are now coming out the other side. Despite hitting record highs this week for daily cases we should start to see some improvements over the next two to three weeks. At this point it is impossible to predict when we will be able to return safely to the fields, but we want to be ready for when ever that is. Without diving too deep into the details as there are so many variables that we need to juggle, I wanted to share some thoughts on how we plan to proceed.

The May - June League is currently postponed and not yet canceled. We've looked at 4 basic scenarios as to how MODS will operate this summer.

I could list 10 other options but I think you get the point.

We ask that you be patient with us through another unprecedented summer as we wait to see how the summer unfolds. We want to get everyone back to a more regular life that hopefully includes Ultimate.

With cases hitting a new high this week it is clear that we haven't hit the peak of this wave yet. That means a lot of positive progress needs to made before sports can consider a return to action. No one can know how this will play out over the next few weeks. MODS will follow all guidance from the province. Once it's clear we are nearing a return, a registration period will be opened for new teams and players to join. In the meantime, anyone interested in getting involved when we restart can contact Corey now.

Today brought the announcement we all saw coming with new restrictions and a closure of outdoor team sports.

This restriction is until the end of May and will be reviewed by the province at that time.

In the interim, MODS will work on new plans for the summer and look to begin programs once we are allowed and there are significant improvements in the COVID-19 situation. For many, this news was very hard as they were really looking forward to getting out on the fields. For others, it was a relief as the landscape of COVID had changed significantly from the time that they had signed up. It is our hope that we can restart with all of the teams and players who wanted to play in a situation that they feel comfortable in. We're sorry that we have to put a pause on Ultimate but we will return when it is safe to do so and hopefully that allows a larger number of teams and players to join us. Happy Mothers Day to all our moms this weekend. 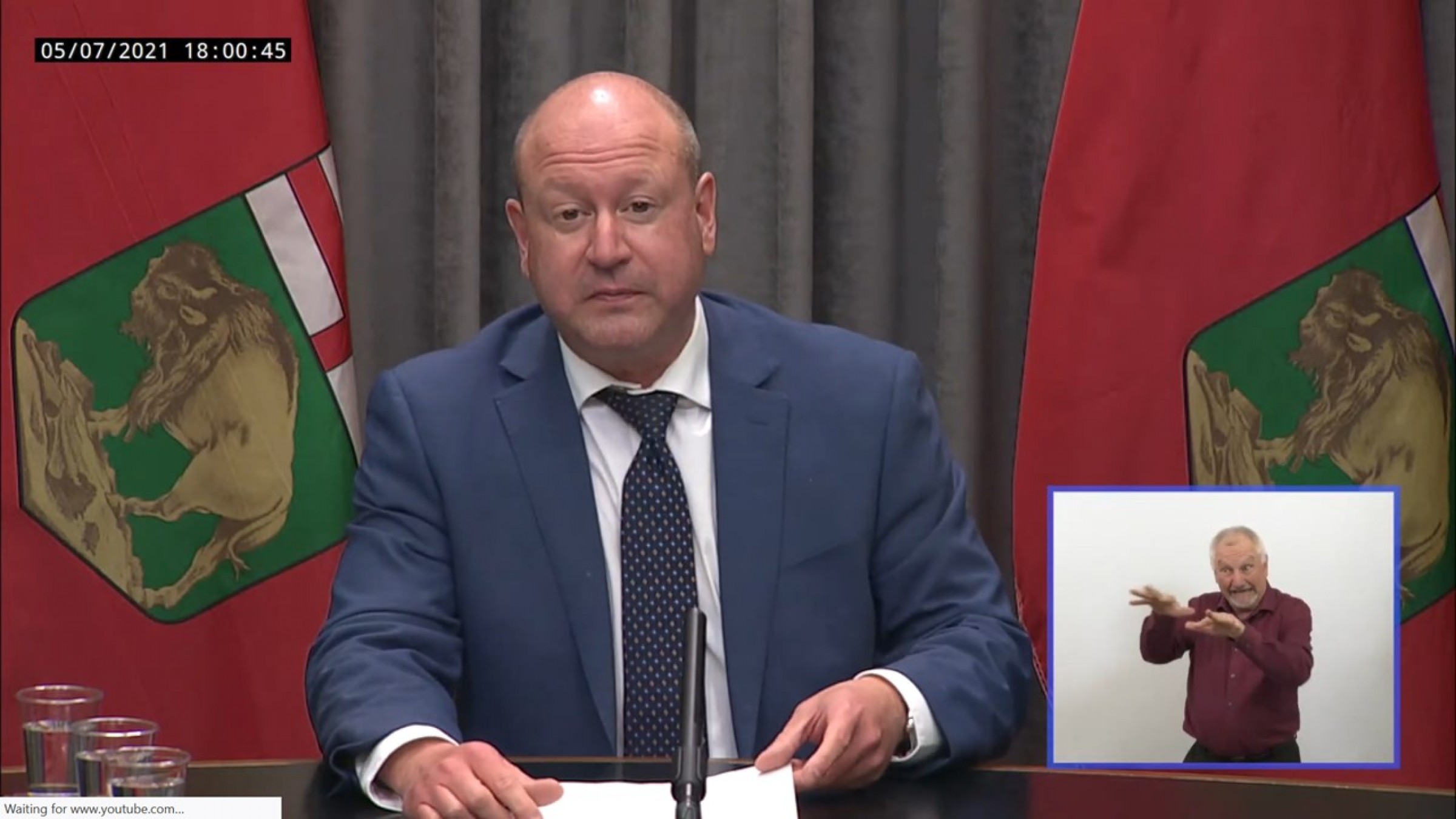 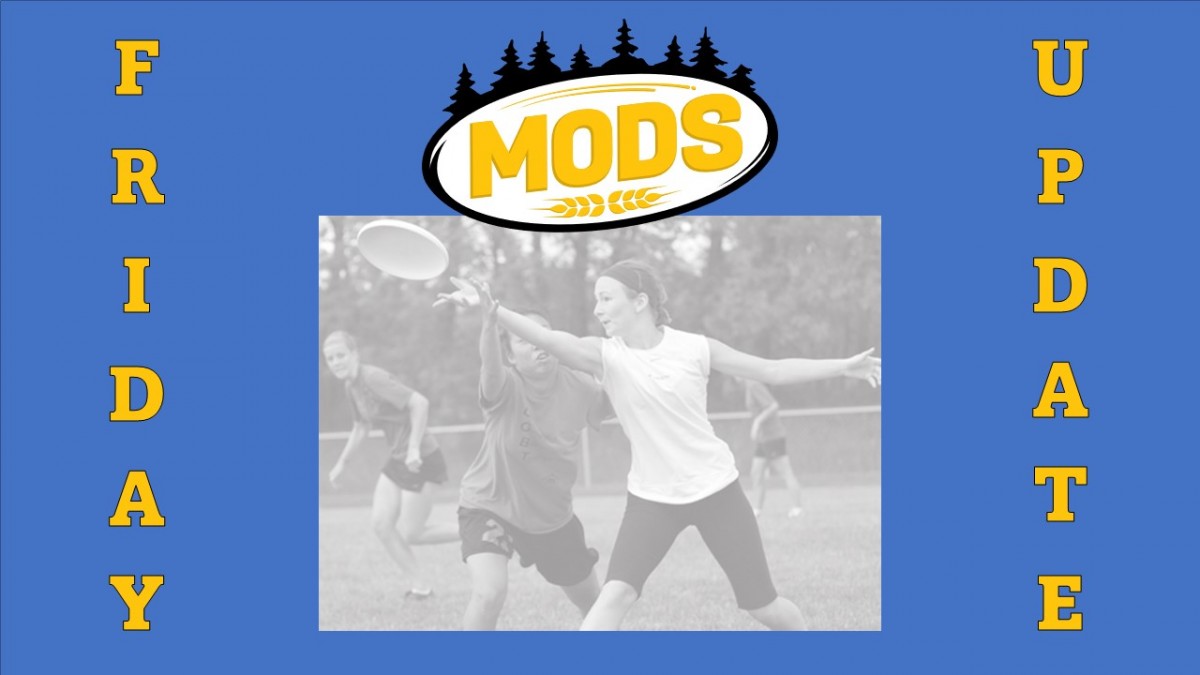