In the first of a 5-part series profiling Winnipeg's contributions to the AUDL's Minnesota Wind Chill, columnist Yacine Bara travels to meet one of his idols

A trail of fallen leaves dances across the cobblestone in front of me as I pull up to the gate -- 10 feet high; the wrought iron a gleaming black. A burst of crisp autumn air greets me as I roll down my window to press the button on the intercom system. I survey my surroundings: rolling hills decorated with deciduous trees; everything awash in golds, auburns and ochres.

Straight ahead: a sprawling estate typical of this part of the Okanagan Valley; alone for several hundred yards in every direction. Low slung, arranged as a sort of compound, with several distinct wings apparent from this southerly vantage. I catch a glimpse of the tennis court peeking out from behind the northeast corner of the residence. To the west, a stable surrounded by a wood-rail fence (reclaimed, by the looks of it).

There’s no greeting or interrogation as the intercom beeps and the gates swing open. As I proceed up the last 75 metres of the drive, I can see Cam Burden standing on the front step -- towering ebony double doors behind him, marble cherubs on either side of him.

He greets me with a warm smile as I step out of my rented Corolla, assuring me it’s fine to leave it parked as it is. He wears a burgundy turtleneck under a charcoal sport coat, holding a tobacco pipe in his left hand as he extends his right for a firm handshake. Rounding out his weekend attire with nondescript black wire-rim glasses, smart black trousers and Ferragamo loafers, his demeanor is of a certain stillness and comfort.

We exchange pleasantries as he leads me inside, past the dual grand staircases framing the foyer and offers me a choice of beverage (I opt for a lemon Perrier). The kitchen is ultra modern -- glass, stainless steel, white quartz, black leather. The aquamarine backsplash punctuates the space with a burst of colour. I make as many mental notes of the decor as I can -- hoping to later DIY some of these elements on a more affordable scale -- while still maintaining a professional disposition. I’ve been sent here on business; the last thing I want is my editor hearing that I’ve creeped out one of the most influential athletes of his generation.

I admit to Cam that it’s a bit striking to meet him in person, after all the many hundreds of hours I’ve spent observing him from the other side of a screen -- highlight reels, world-championship epics and, of course, appointment viewing every time he takes the field with his Minnesota Wind Chill side. He gracefully absorbs the flattery and deflects the focus of our conversation away from his accomplishments, toward his gratitude for what the sport of Ultimate has given him. 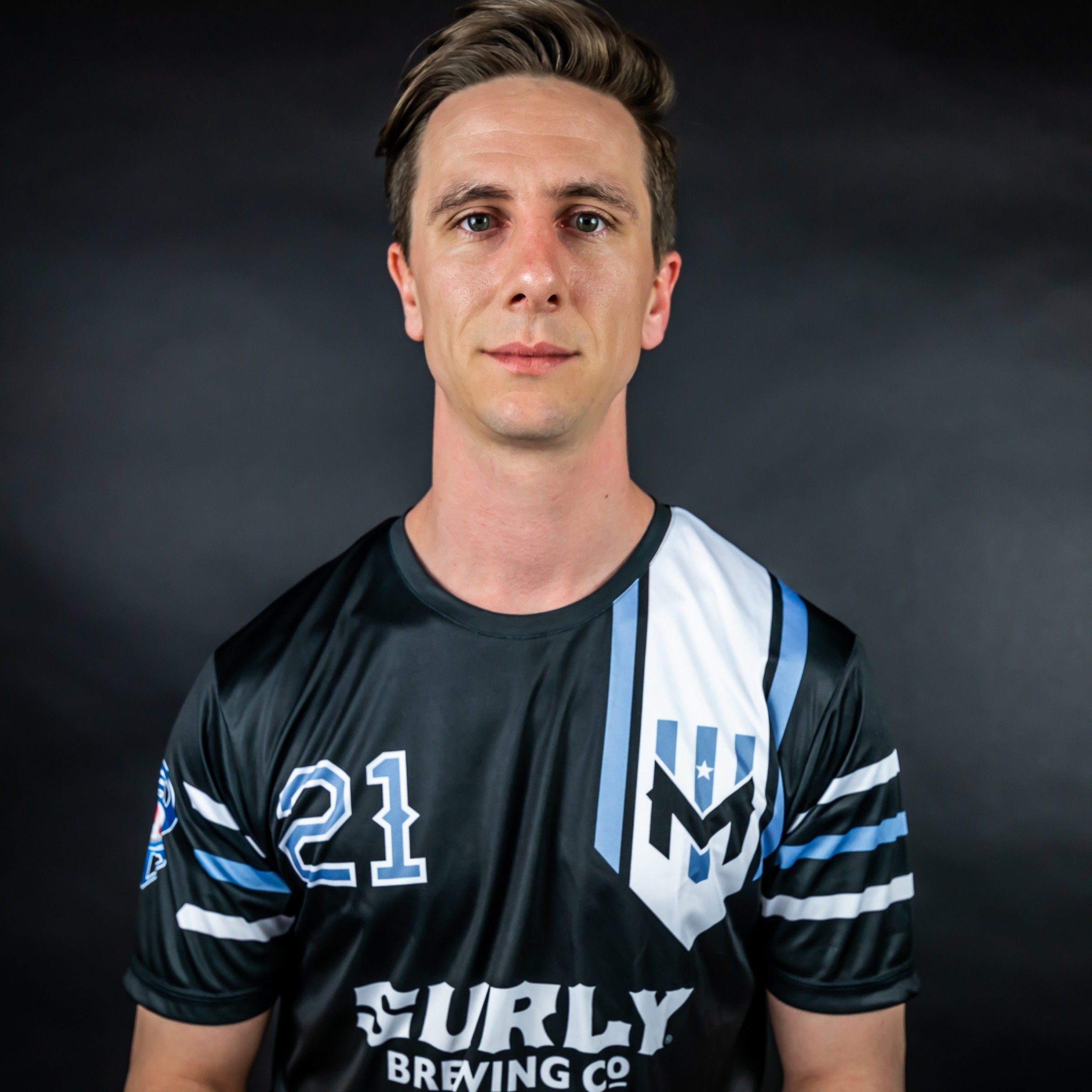 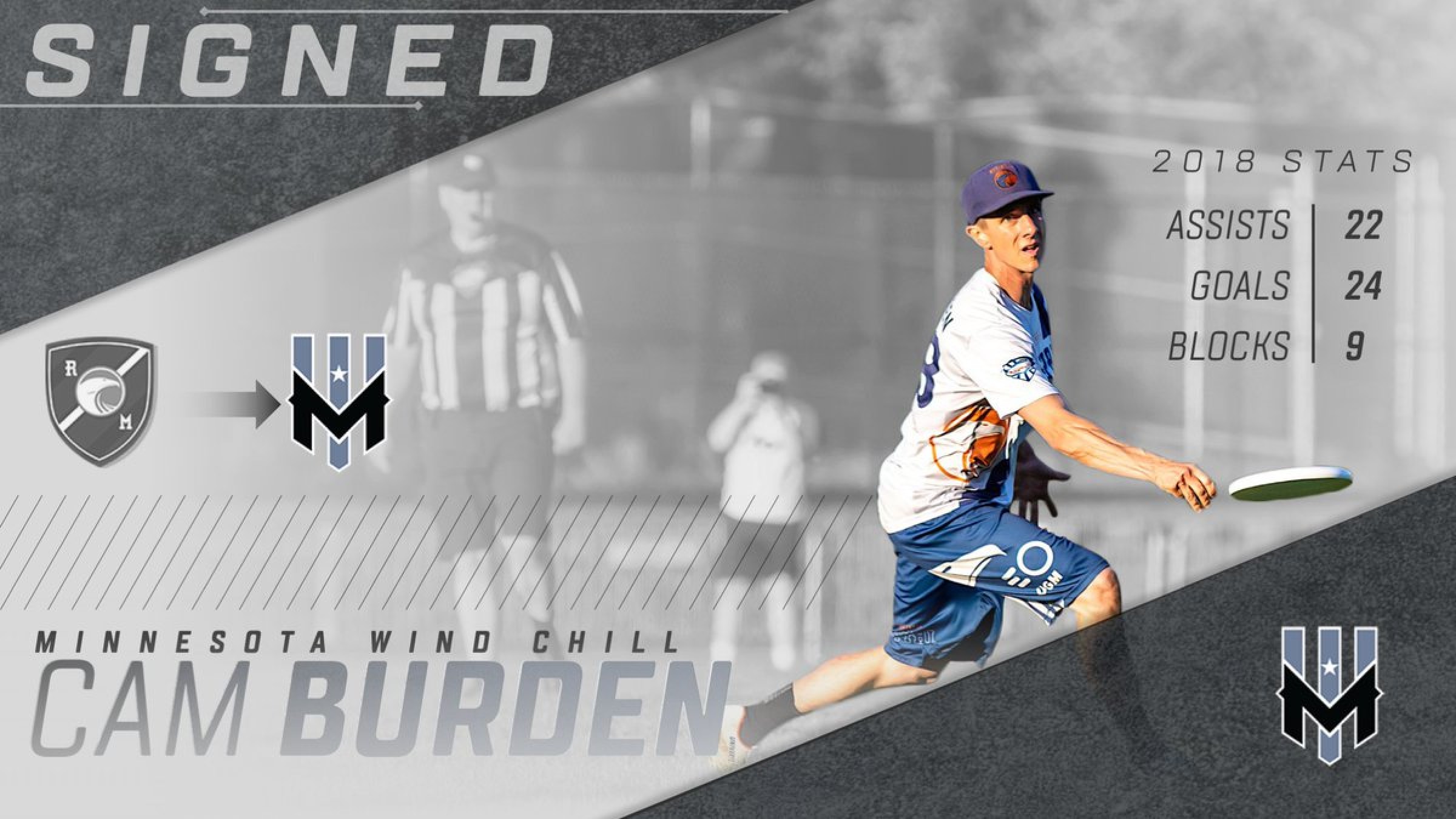 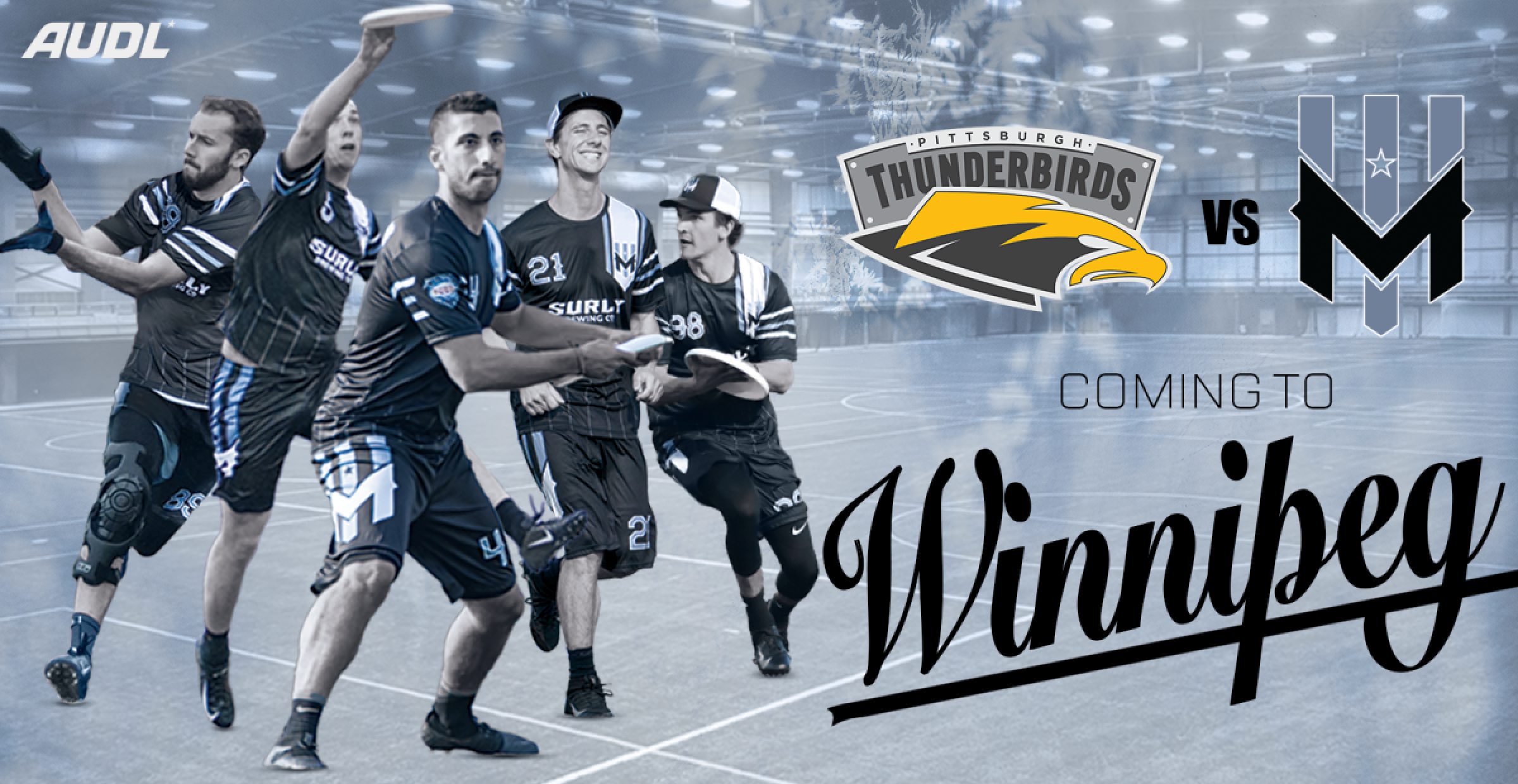 “Without it, none of this would have been possible,” he motions with an upturned palm scanning the room. “Every time the pressure cooker of professional sports starts to get to me, I remind myself that I have it easy in the grand scheme of things. The real hard work is done by bricklayers, chimney sweeps, switchboard operators -- you know, everyday people whose jobs go unnoticed and unthanked.”

We talk about his youth, growing up an only child in the Westwood neighbourhood of Winnipeg. He found Ultimate in his early teens, after years as a nationally ranked youth chess prodigy. His doctor advised him to incorporate regular exercise into his routine, warning that too many hours spent hunched over the board had started to weaken his eyesight and change his posture. Reluctantly, Cam accepted a teacher’s invitation to come try out this strange flying-disc sport, as part of the Lincoln middle-school team.

He laughs self-effacingly as he recalls that first practice: “Having that disc sail through my hands into the bridge of my nose was arguably the best thing that ever happened to me.”

He recounts how having his glasses broken forced him to get serious about learning how to catch -- after, that is, being talked out of immediately quitting the game. In those early days, he was often frustrated by his lack of skill (chess had made him unaccustomed to failure), but was kept coming back by his fascination with the flight of the disc. He’d throw for hours, alone, at the park behind his house -- more entranced by the sight of the soaring object than by the process of learning the craft.

As the months rolled by, his hand-eye coordination sharpened swiftly (his parents’ fear of having to replace his glasses after every practice didn’t materialize, thankfully). He carried a disc with him everywhere he went, manipulating it -- gripping, re-gripping, spinning, turning, passing from hand to hand -- and unconsciously developing the muscle memory that would allow his throwing ability to blossom at an astonishing pace.

Soon, he was cutting chess practice short in favour of getting out onto the frisbee field. The natural light and regular exercise had fully restorative effects on his eyesight and posture, and just as it became increasingly awkward to pass by his abandoned chess-club mates in the halls, he started to forge new friendships with his Ultimate teammates. No longer the social outcast he once was, the school’s bullies lost interest in him. He received his last wedgie in May of that year.

Our trip down memory lane takes place in the estate’s grand sitting room. Cam and I sit opposite one another, some eight or ten paces apart, on rust-coloured leather chesterfields -- he with his back to the billiard room, right leg crossed over his left. At one point, he catches me spotting, through the floor-to-ceiling windows to our right, what appears to be a Suri alpaca tethered to a fencepost in the distance.

“Ah, yes -- that’s Esmerelda!” he says excitedly. “Really great companion; very docile. You should see the sweaters she produces, too.” He explains that, every summer, he gets her coat trimmed, yielding enough wool for three handmade garments that go on to become fixtures of his winter rotation.

I think about my own childhood, during which I was of unremarkable talent in soccer, basketball -- typical youth sports. I was exposed to Ultimate briefly at one point, in phys-ed, and thought little of it: in my mind, a garden-variety, inconsequential gym-class activity, ala dodgeball or whatever we did with those old wiffle balls and plastic scoops. Now, taking in my surroundings -- the setting and the company both nothing short of regal -- I’m struck by the grandeur of it all.

Our conversation turns that way: toward the significance of it all. As Cam speaks, you get the sense that Ultimate is, to him, more than just a game -- not only in terms of the spoils it’s produced, but in terms of its utility to humanity. He’s just returned from the ribbon-cutting for the second orphanage he’s funded in southeast Asia. Last year, he made headlines for visiting children’s hospitals in every single city he visited (while traveling with the Wind Chill or otherwise), to bring cheer to kids who idolize him and his signature “no-look lefty scoober”. The list goes on… For all the personal fortune that Cam himself enjoys as a result of his career in Ultimate, it’s undeniably the world around him that benefits most from his success.

Recalling children’s camps he’s led, or the relationships he’s built with colleagues/competitors across the world, or the screaming throngs of fans that routinely greet him at airports, his sentiment is consistent: this game brings people together, and he sees himself as only fortunate to be part of such a beautiful experience, even where (to my eye) he’s the one creating the beauty. “I don’t know what I did to deserve this,” he ponders -- his voice softening in a moment of reflection, “but it’s been one hell of a ride.”

The sun begins its descent toward the horizon and I’m conscious of not overstaying my welcome. Cam smooths the wrinkles on his pants as we both stand up, before extending a hand to thank me for the visit; I assure him that the pleasure has been all mine. As we head for the foyer, our conversation -- still relaxed -- turns to his plans for the remainder of the offseason, his training regimen etc. He’ll spend the balance of the year here, traveling occasionally for promotional appearances while otherwise focused on his work with his personal strength coach. In the new year, he’ll return to Winnipeg to join his Wind Chill teammates in preparation for the upcoming AUDL season.

Wrapping up our time together, we walk past a hallway on the left that I suspect leads to a wing of bedrooms, another wing on the right that he tells me leads to a movie theatre, gym, sauna and float tank. The final stretch of hallway before we reach the foyer has, as one of its walls, a breathtaking nine-foot-high, 30-foot-long saltwater aquarium, teeming with coral and a dozen-or-so varieties of tropical fish.

For a moment, I contemplate how tacky it would be of me to ask for a selfie with him, before quickly deciding against it. I have no doubt that he would have obliged had I asked him, but I don’t want to take advantage of his unrelenting good nature. Plus he’s mentioned that he’s scheduled to be at a dinner for a conservation charity in a couple of hours, which I don’t want to make him late for.

After we say our goodbyes (he encourages me to visit again when I’m next in the area), I shift the Corolla into ‘drive’, eyes on my rear-view mirror as I pull away and head down the driveway. Cam stands in the doorway, waving; the setting sun casts long shadows from the house and the trees that surround it. As I turn off the cobblestone onto the country road that will soon return me to civilization, I catch a final glimpse of Esmerelda in the distance, her stillness matching my mood.

I break my own silence with an incredulous chuckle. They say that you should never meet your heroes, because they’re sure to disappoint you. That may be true most of the time and I’m sure it was always true for whoever said it first, but I’m now convinced that that person has not met Cam Burden.

Cam Burden and his Minnesota Wind Chill squad host the Pittsburgh Thunderbirds in Winnipeg for their 2020 home opener (seriously): April 18th at WSF Soccer North, 770 Leila Ave. Get your tickets now before they’re sold out! 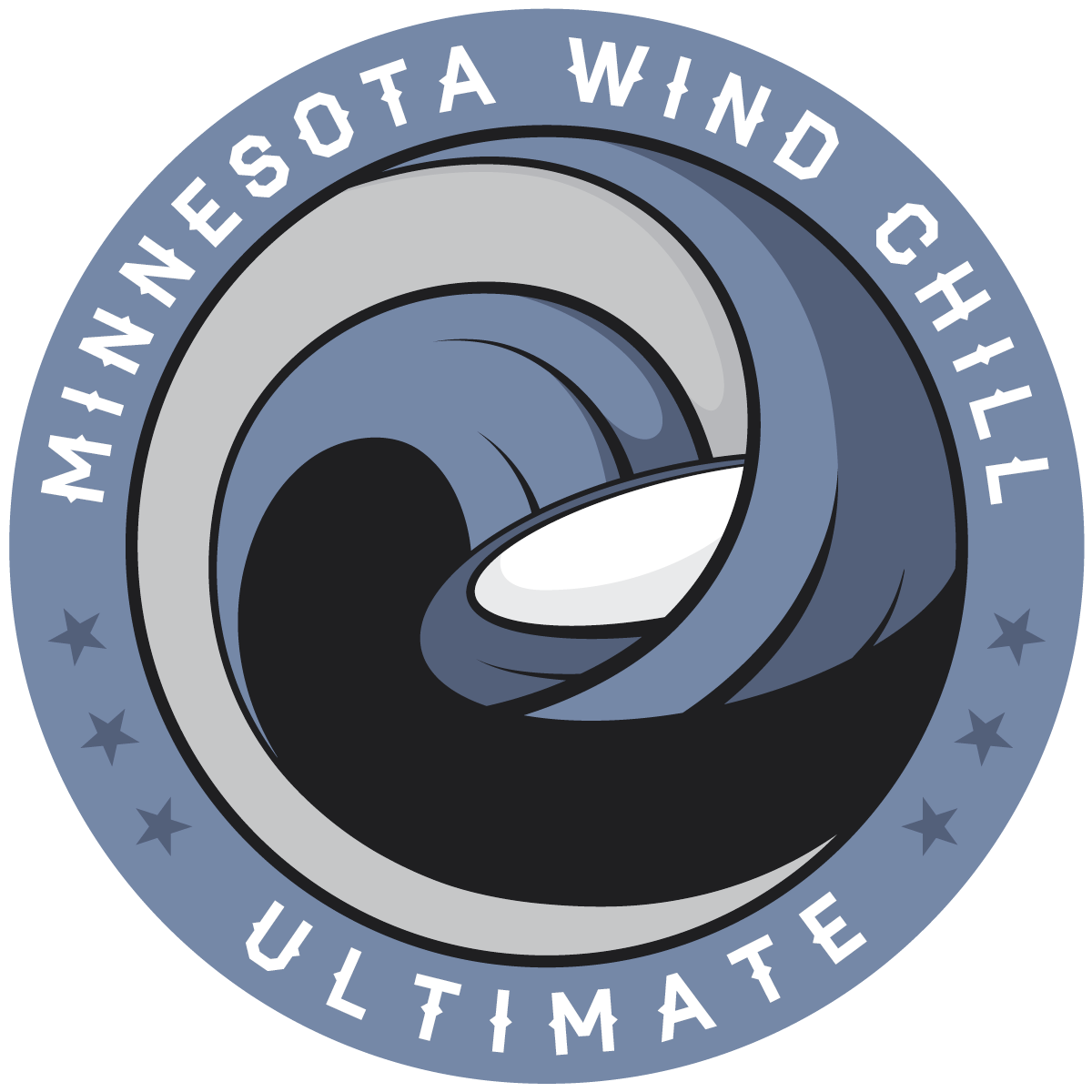