Humans of Ultimate - AJ Hunter... and the song remains the same

Humans of Ultimate is a new initiative at MODS to highlight key spirit leaders in our community who value spirit of the game, integrity, sportsmanship and fun above winning and rivalry. Without these amazing pieces of our community and their leadership our sport and organization wouldn't be where they are today!

“The Song Remains the Same”

Any one who joined the world of Ultimate in the 80’s, 90’s and early 2000’s was introduced to a unique aspect in our sport... “Spirit of the Game” was a foreign concept to many and getting used to self officiation as well as the absence of refs takes some getting used to for most of us. If you were watching your first ever game as a newbie then you also noticed what might seem like a really weird ritual... After the handshakes the teams would retreat to their sidelines and work furiously to come up with an impromptu song or cheer to present to the other team. Often a popular song or TV theme with the lyrics re-written to incorporate Ultimate related themes and potentially even moments from that game were common and the norm.

It was all very silly but there was something about the experience that bonded the teams in that day and age. The post game cheer / song was a way to ease some tensions that may have come up during the game and also infuse a bit of laughter. Just the writer's opinion here, but it’s a bit harder to hold a deep grudge against someone as they sing a variation of the “Beverly Hillbillies” theme song (plastic gold). To enhance the song and cheer, many teams brought out bongo’s, guitars and you’d even see the odd mini Casio key board from time to time.

This ritual may have seemed strange and weird, but it was the way the league’s ran. The death of the song in league games happened fairly quickly in the early 2000’s. In Winnipeg the massive explosion of the summer rec league saw dozens of new teams enter the fray with zero knowledge of the history of the song / cheer, this was also compounded by one of the worst summers for mosquitos in recent memory. That would have been around 2002 / 03... and just like that the tradition of the song died a quick and fairly quiet death.

Tournaments were one of the last places you could still expect to see a cheer / song once the tradition disapeared from league play... That is unless you play on Monday or Thursday nights.

On those nights one of our longer standing teams is keeping the tradition alive and helping to fine tune musical ears in the process. If you hear a post game song at the field’s there’s a good chance the team singing it is wearing purple jerseys. cK (completely Klueless) has played with MODS since 1997 and for them the writing and performing of a post game song is an important part of the game, maybe even the most important. 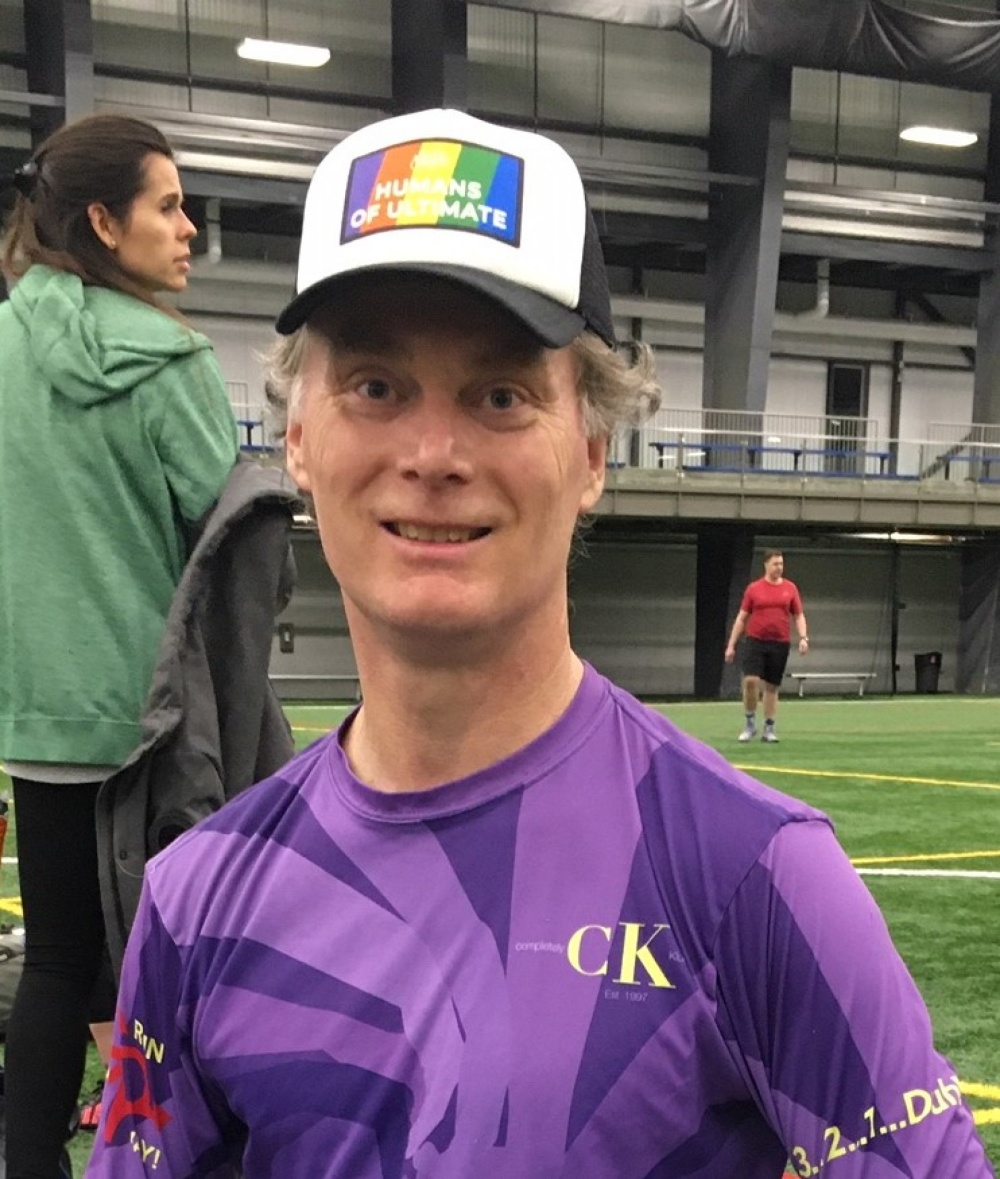 MODS Humans of Ultimate - Our first ever recipient, the one and only AJ Hunter (who would like everyone to know he's not really human, but Groot) 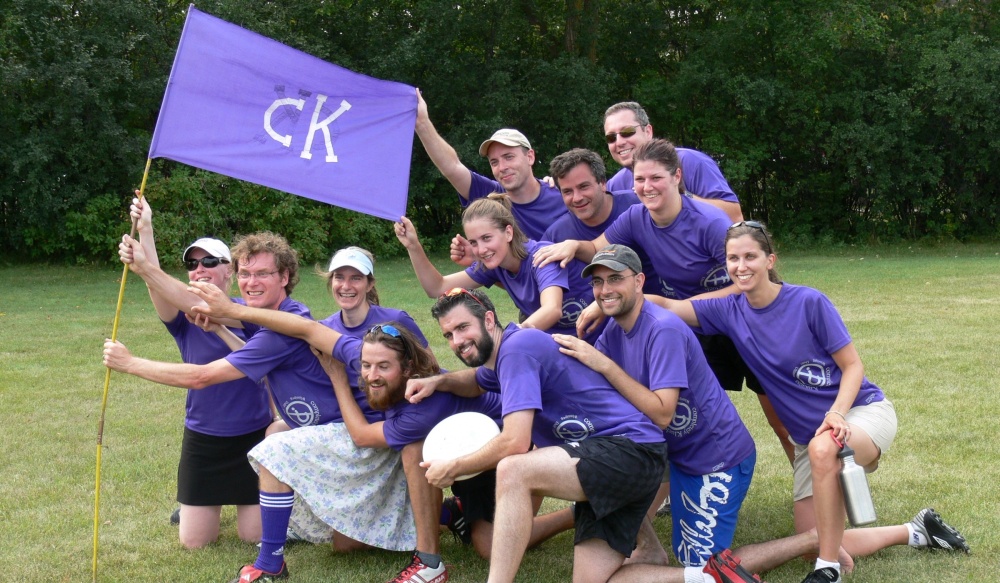 Let Me Tell You About a Guy I Know...

cK’s captain and founder AJ Hunter is a former MODS board member and long-time participant with Winnipeg’s Masters and Grand Masters teams (Flood / GMOTU). So, he’s no stranger to competitive Ultimate. But the “song” remains a key component of their team identity and his experience. Why would a team continue doing something so many other people have given up on? “It is partly that we started doing it when all teams were doing it anyway, partly that we are somewhat good at it, and partly that our co-captain is a strong proponent for this tradition. Even after a competitive game it is fun to acknowledge what happened during the game as we try to tailor each song to the date or unique event of the match. Now teams have come to expected it, so we can’t let them down.” AJ stated.

When asked if any teams ever sing back to them AJ answered; “Rarely. It might happen once a year. But we always appreciate the effort.”

And what about teams that think it’s silly or don’t want to do it?

“For the record, no one has ever said to us that think that an Ultimate cheer is "silly". But if they were to say something like that, we might be inclined to tell them they are playing the wrong sport if they feel that way. After all, Ultimate is full of strange traditions: funny language ("going ho", "scoober", "lay out", "hammer", etc.), men playing in skirts, and silliest of all ... no referees!

We can’t go back to the 90’s as a sport, but Klueless and their players are helping to bring a little of that old magic to today’s game. 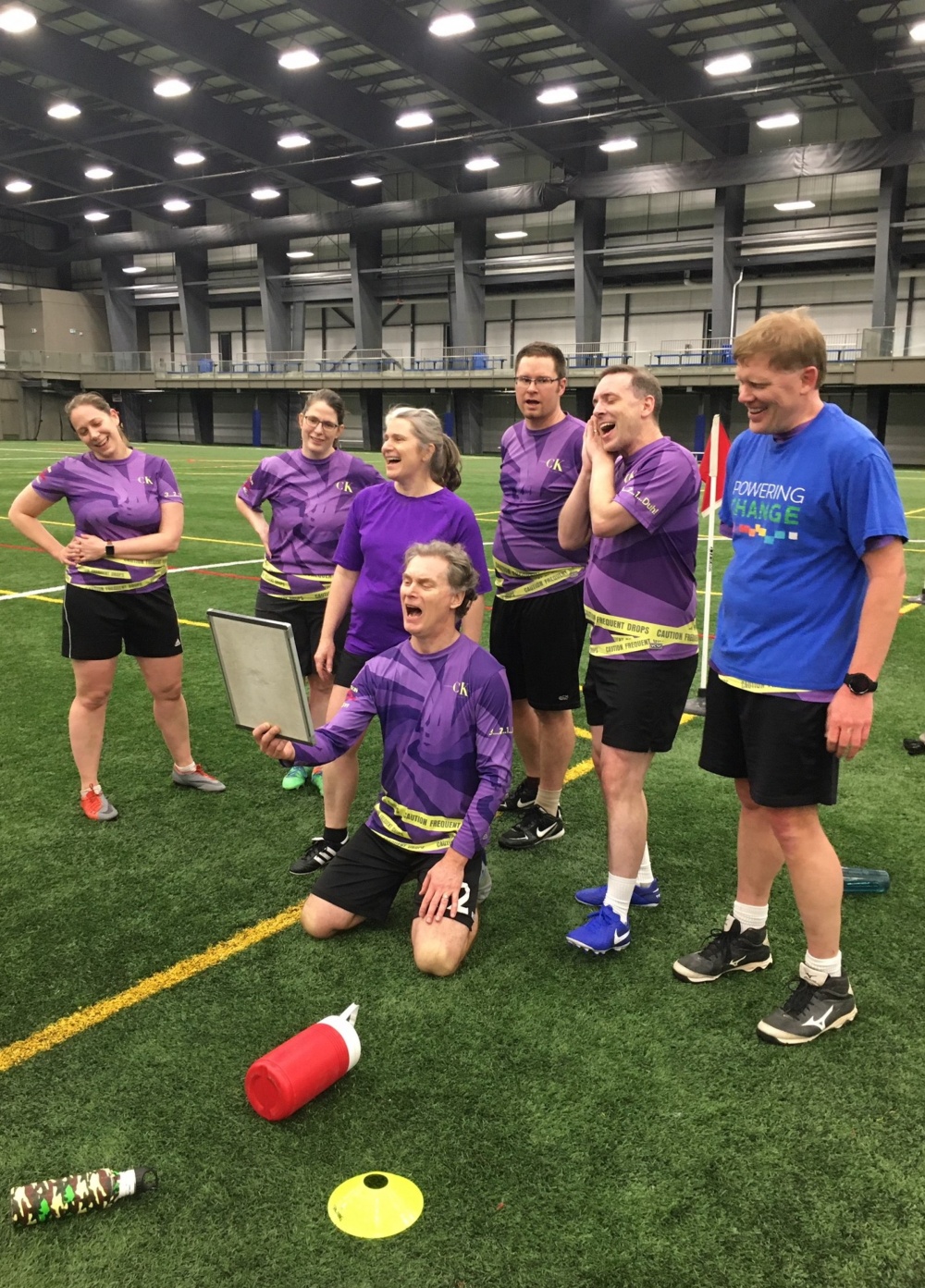 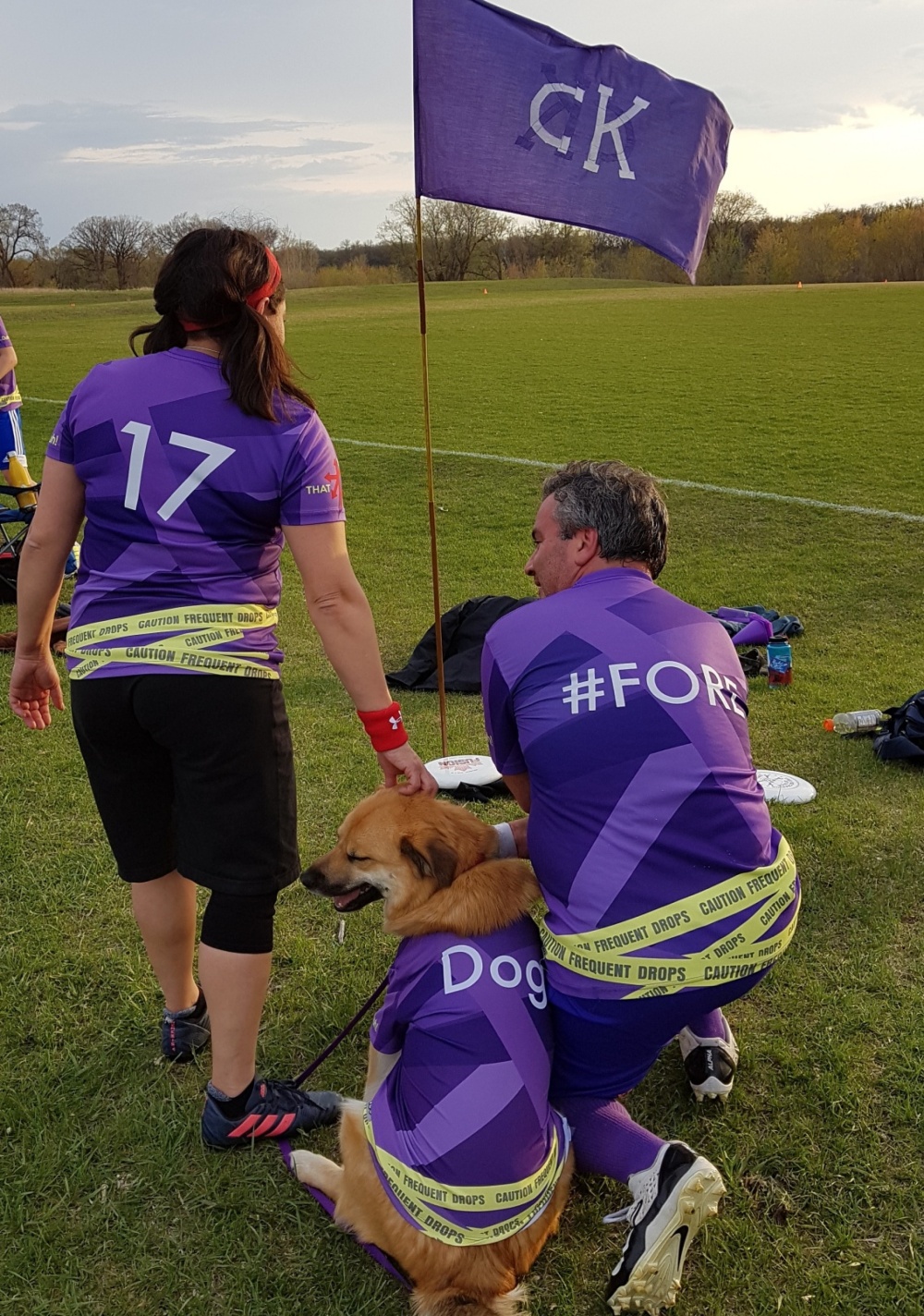