In this third installment of a 5-part series profiling Winnipeg's contributions to the AUDL's Minnesota Wind Chill (part 2 here), columnist Yacine Bara barely survives a visit with one of the game’s most unpleasant superstars.

It’s all I can do not to throw my alarm clock against the wall.

(Through the fog, I manage to remember that my alarm clock is also my smartphone... and that I don’t have Cam Burden money.)

Most days, being a sports journalist is a dream gig. I mean, what’s not to be thankful for when your job is to go behind the scenes with the world’s most celebrated teams and athletes, right?... Well, I’ll tell you what: assignments like today’s. I haven’t slept well, tossing and turning over what’s to come.

Look -- I’ll be the first to admit that I don’t know what it’s like to grow up with everyone around you fawning over your every move: worshipping your talents and telling you you’re destined for greatness. (And that’s not just because, some four-ish decades into my life, the main thing preventing me from being a ‘has-been’ is that I never was in the first place.) I’m guessing it’s tough for a person to remain grounded when nothing in their lived experience has ever suggested that they aren’t the most impressive and most important person in the room at all times.

Take it from this sports journalist: dealing with the spoiled, bratty, megastar athlete is the worst part of the job. From temper tantrums to wild demands to delusions somehow managing to exceed the star’s actual grandeur, I’ve seen it all. Not every day, but enough times to dread the experience, and to be able to spot it coming a mile away.

So it is that I’ve never met Quinn Snider before...and I don’t want to.

Trust me, I know the type: insane talent, phenomenal good looks, and a public persona that’s just a little too… polished. That’s a bad-news trifecta as far as I’m concerned, and Snider checks all the boxes. After dragging my heels through my morning routine, I head out the door to go meet him, my stomach in knots.

On the way, I catch a glimpse of myself in the rearview mirror: thinning hair, crow’s feet, prominent scar on my eyebrow. (I lost a fight with a coffee table, which tells you something about how coordinated I was as a kid, and about what kind of athlete I went on to be.) Glancing down, I survey the rest of my appearance: seat belt cutting into my dad bod like the string on a pot roast; a lone stain on my pant leg from yesterday’s custard-doughnut incident.

On my way to meet one of the most marketable stars of his generation, I feel about as hideous as I’ve ever felt. A bead of sweat forms on my forehead.

It’s really irritating, if I’m being honest. I mean, what would this Snider kid be without the giant golden horseshoe he was gifted at birth? Yeah yeah, “work ethic” -- I get it. I’ve seen people talk about the hours he puts in behind the scenes. I’ve also seen his jaw line and his naturally freakish athletic ability. You think he’d be anywhere without those? And what exactly did he do to deserve them? And yet these ‘superstars’ walk around patting themselves on the back. Unbelievable.

I turn onto his street, knuckles white from the death grip I’ve apparently had on my steering wheel. So help me... if this guy gives me so much as a hint of attitude, I’m jumping right back in my car and telling my editor where he can put this assignment.

The neighbourhood is...suspiciously quaint. Modest bungalows, standard lot sizes and handsome, unremarkable yards. The address I’ve been given lands five down, right-hand side. It blends in alongside its neighbours. I was expecting something much more extravagant, befitting of the raging ego that I’m sure to be met with. Whatever. Probably just a PR ploy devised by one of Snider’s many advisers -- I'm guessing it pays to project the image of a ‘regular guy’.

My aging knees groan as I wrestle my way out of the car; the exertion causes me to pass a surprise bit of gas. Before I make it to the front steps, Quinn Snider bounces out the front door, grinning ear to ear. He greets me with a lively “hey what’s up?!”, which -- if I didn’t know any better -- I might have taken for genuine enthusiasm. Yeah right.

He locks the door with his right hand. Tucked under his left arm, football-style, is a white Shiba Inu. (I’m no dog expert but I recognize the breed to be the same as my brother’s. I wish I hadn’t seen as many photos of that thing as I have.) He explains that he was thinking we could walk and talk -- “Akira” is due for a spin around the block, and it’s a bright, mild winter day. I would bet money that I’m about to watch this dog crap all over the neighbourhood with zero owner intervention.

As we start down the block, Akira darting curiously back and forth at the end of his leash, I make my standard bit of intro small talk -- asking Snider about his background in sport and in life. I’m on autopilot; I scribble some notes, but his responses barely register. Instead, I’m sizing him up, to the soundtrack of my own pulse in my temples. He’s wearing a light down jacket (silver in colour), black ‘jogger’ pants and a gleaming-white pair of New Balance sneakers. I bet he paid nothing for any of his outfit, as though someone of his stature needs the handouts. 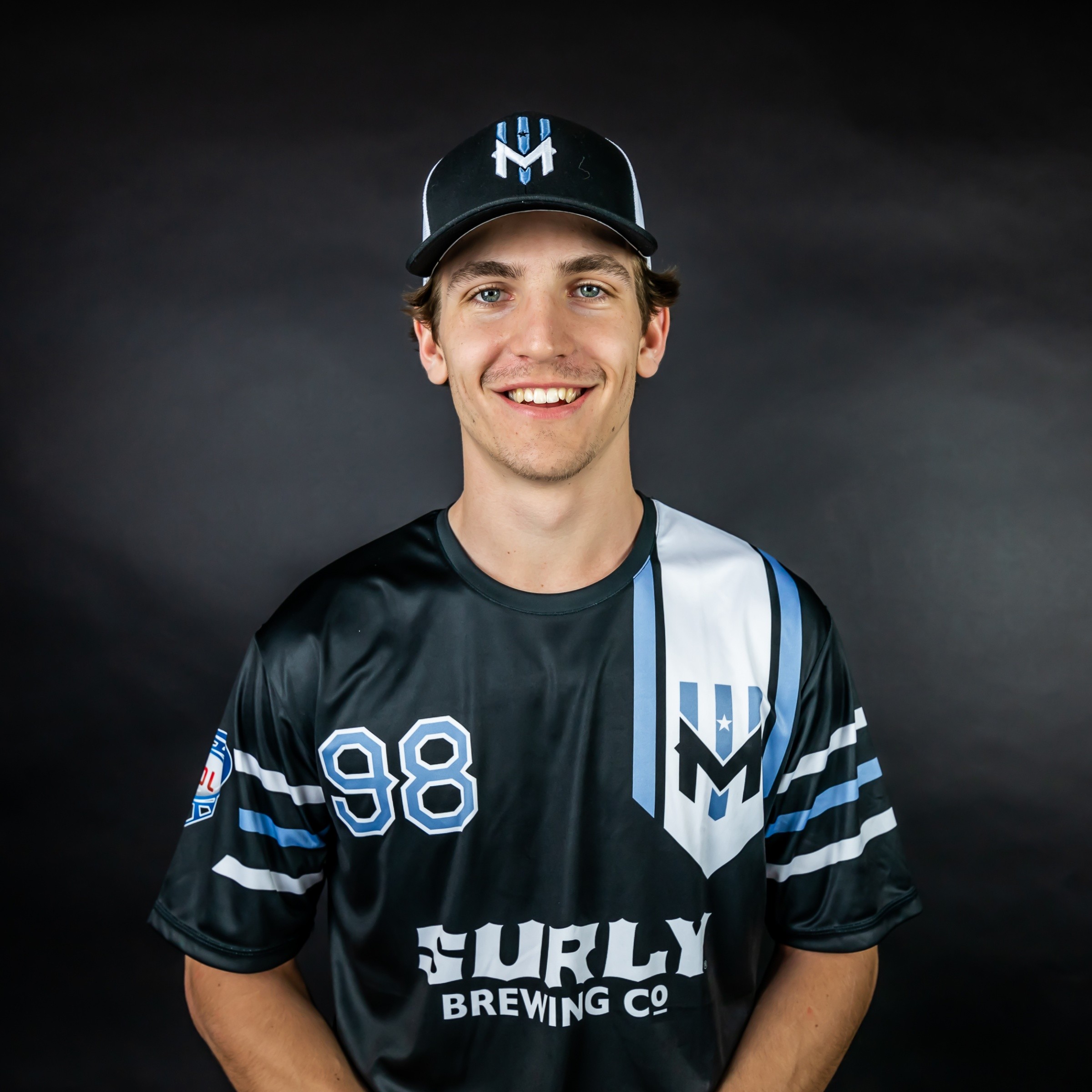 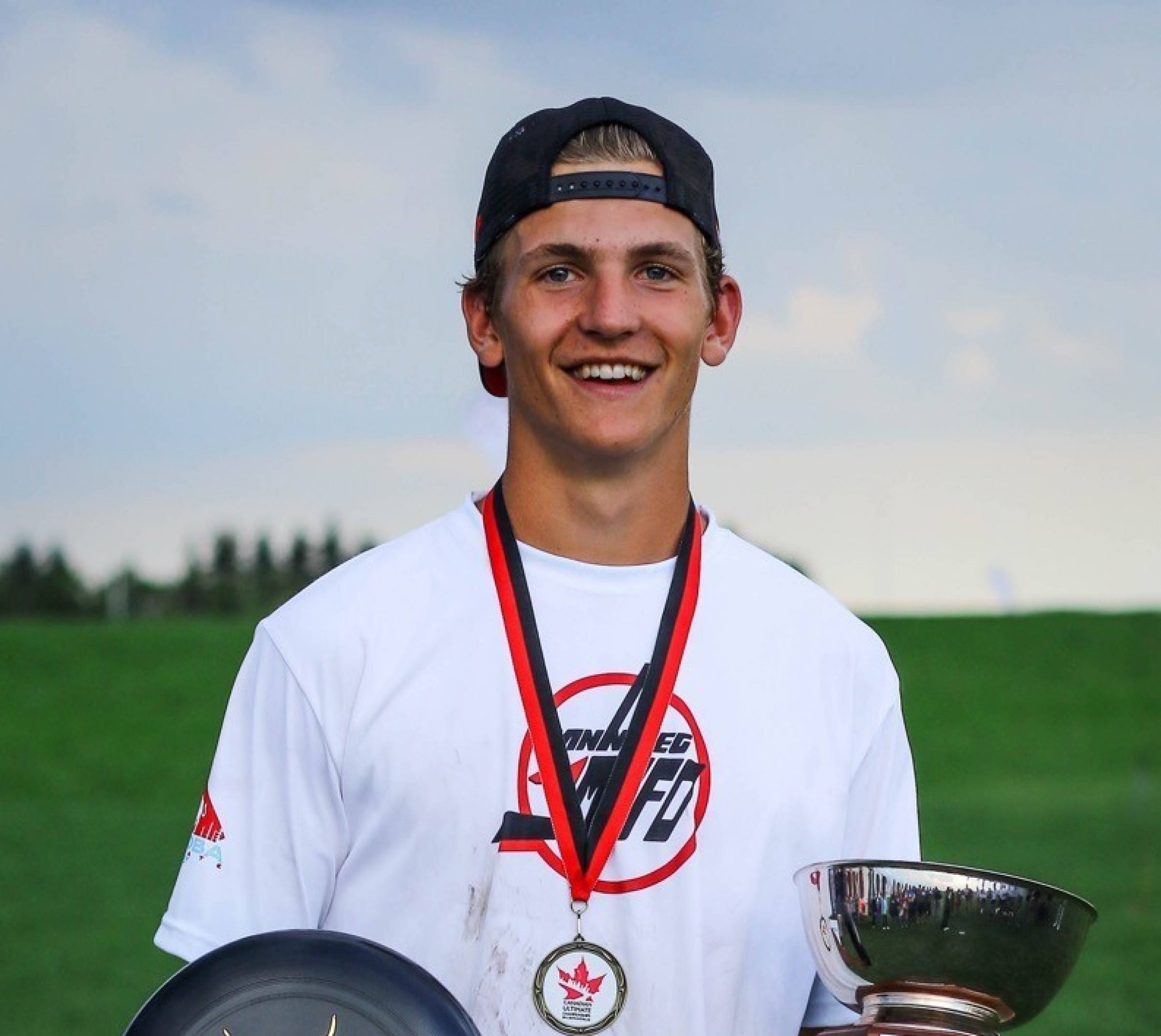 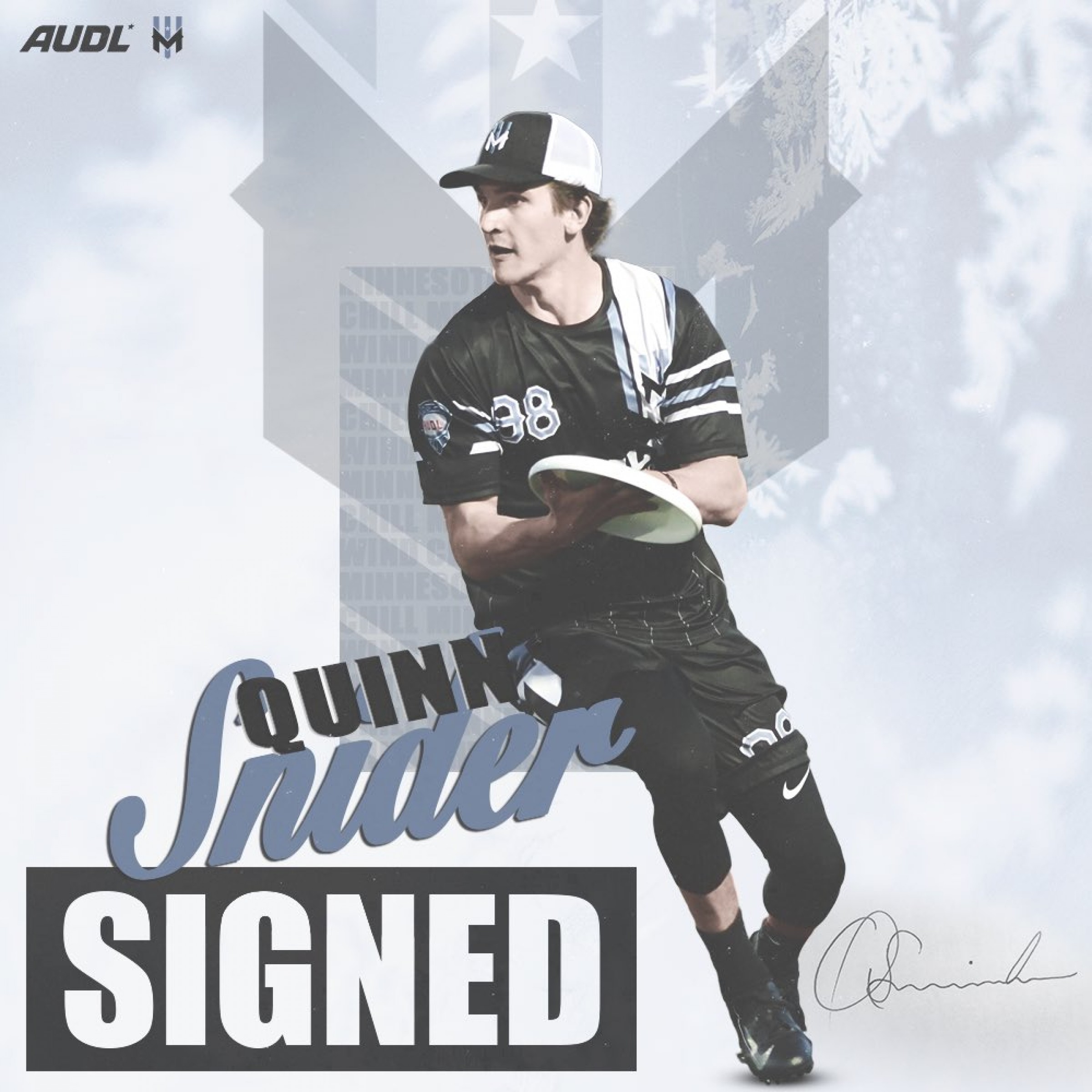 Snapping back to the present, I catch Snider midway through a rather touching story about looking up to his two older siblings and his parents, all of whom made significant contributions to his path into Ultimate. He begins to well up as he describes his gratitude for their support along the way. Almost makes me wish I’d been paying attention to the first part of the story. Exactly the sort of heartstring-tugging that I’m sure he’s been meticulously trained to do.

About a block from his house, a black SUV passes us going in the same direction, then jams on its brakes and pulls over. Two kids -- a boy and a girl, maybe 11 and 13 years of age -- come squealing out of the back seat, followed by their sheepish parents from up front.

The kids each thrust an Ultimate disc in Snider’s direction, babbling over one another with a stream of “ohmygod”s and “iloveyou”s. The parents laugh nervously, apologizing and smiling politely. Snider takes it all in stride, pulling a sharpie out of his jacket pocket and signing the discs, telling the kids he appreciates their support and posing for several photos with them. He hands them each a half biscuit to feed to Akira before warmly mussing up their hair, thanking their parents for raising such nice kids, and waving to them as they drive off.

This guy is alarmingly smooth. I can only imagine what sort of manipulation he gets away with, being able to put on such a saccharine exterior in public. He must be a complete nightmare behind closed doors.

From underneath his Minnesota Wind Chill ‘dad hat’, his golden hair flows in the breeze. Akira’s tail wags with excitement. My throat and eyes are irritated from exposure to the elements. My blood boils.

As we continue down the block, Snider drones on about his role models (long-time teammate Mark Lloyd gets special mention, as do the Winnipeg legends -- the brothers Chochinov) and how much he admires their ability to perform at a high level while also remaining down-to-earth off the field. I nearly double over in visceral reaction to the irony: of course this most hollywood of athletes would be pretending to look up to people who are humble. I shake my head in amazement.

At one point, realizing that I’m walking alone, I wheel around to find that my interviewee has stopped to re-affix a fallen carrot to a snowman’s face. Smiling as he makes his way back to me, he picks up a couple of stray pieces of litter, stuffing them into his pockets for later disposal. I can’t figure out who he thinks he’s fooling. I look around for hidden cameras.

Rounding the corner at the end of the block, we happen upon a neighbourhood coffee shop. We stop in as Snider insists on buying for both of us, then I watch in bemusement as he proceeds to pick up the tab for the half-dozen-or-so other people in line as well. He drops his change and another couple of $20 bills in the charity jar near the cash register, wishing everyone a great day before heading back out the door. I’ve seen my fair share of gaudy displays of wealth, and this one was right up there. Imagine the gall it takes to flaunt your obscene wealth directly in the face of a bunch of strangers who were otherwise just going about their day… Disgusting.

A car full of female twenty-somethings honks its horn as it drives by, its passenger-side occupants blowing kisses in our direction. Snider makes a tasteless joke about the attention being for me. 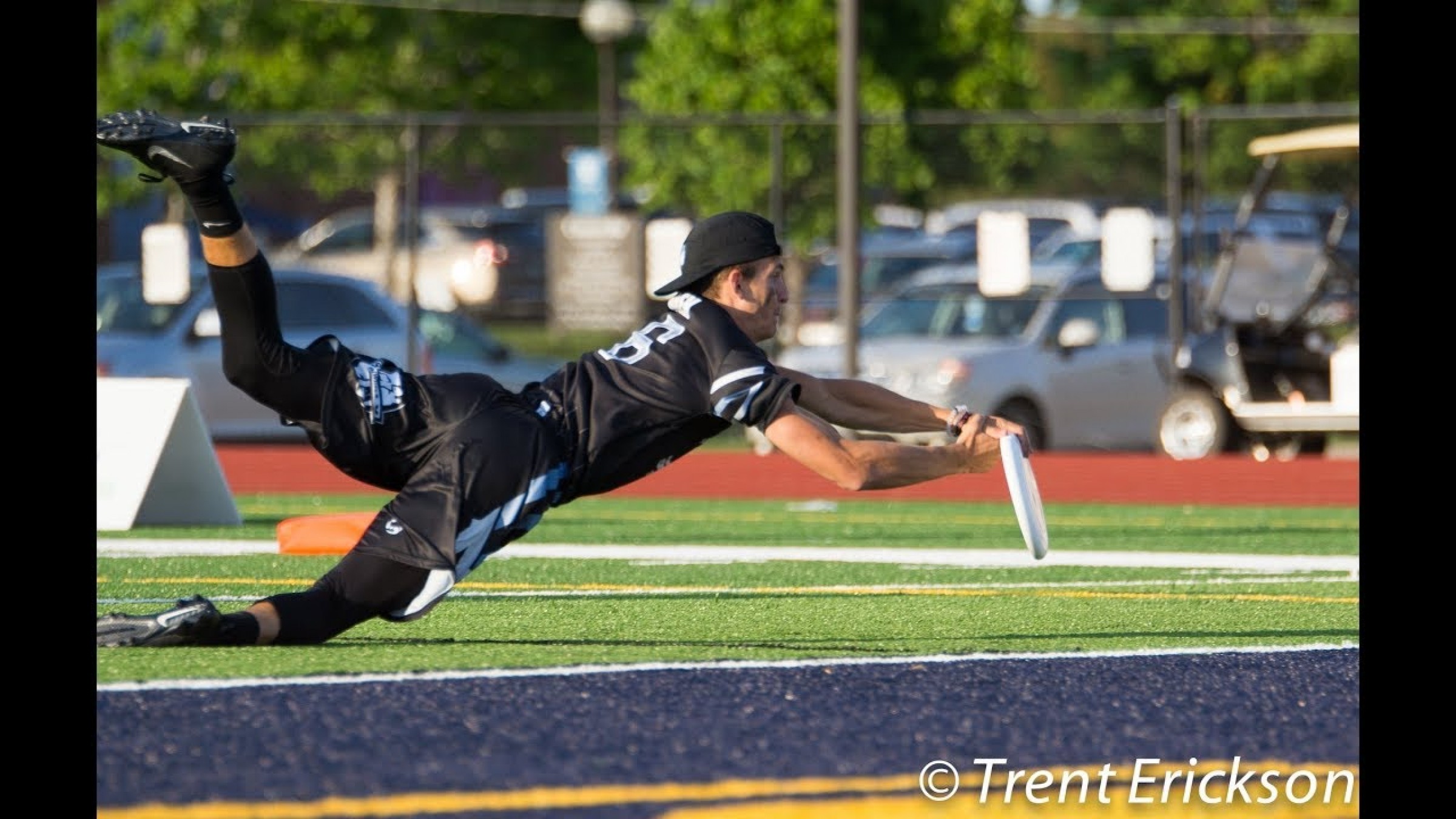 At this point, I’ve had enough; I’m ready to ignore my aching legs and run back to my car, never to return. But just as I’m about to make a break for it, my counterpart stops to pay rapt attention to a busker with a harmonica. Recognizing the melody to Sweet Caroline, he breaks out into accompanying vocals, swaying as his pitch-perfect notes fill the air. The song finishes and he applauds wildly, dropping a $10 bill into the upturned hat on the ground. The busker beams. My shoulders slump in defeat.

I lose track of what we’re talking about for the last bit of our walk. I think he’s telling me that he appreciates the time I’ve taken to come visit him. I look at Akira and contemplate how blissful it might be if I too was ignorant to the deceitful ways of the world. Telling me to hold a minute, Snider dashes up the walkway to a random house and spends a few minutes saying hello to an elderly woman. (He explains that Mrs. Johnson has been alone for a few years now, and that he tries to make a point of regularly stopping to check in on her.)

Finally, we arrive back at the house, and -- more importantly -- to my getaway vehicle. I force a polite goodbye (I’m a professional, after all), keeping it as brief as possible and flatly declining his offer to have me stay for dinner. I can’t take any more of this.

As I pull out of Snider’s driveway, I intentionally avoid further eye contact, exhaling a sigh of relief as I accelerate down his street. I fling my notebook into the backseat as though it were the source of the discomfort I’ve been feeling all day.

I had been expecting the worst from today’s assignment, and my expectations were met. Time and again, I’m reminded that you can never truly be prepared for dealing with entitled superstars like Quinn Snider. I phone my editor from the car, telling him that he owes me one.

Yup, being a sports journalist has its perks… most days.

Quinn Snider and his Minnesota Wind Chill squad host the Montreal Royal in Winnipeg for their 2020 home opener: April 18th at WSF Soccer North, 770 Leila Ave. Get your tickets now before they’re sold out! 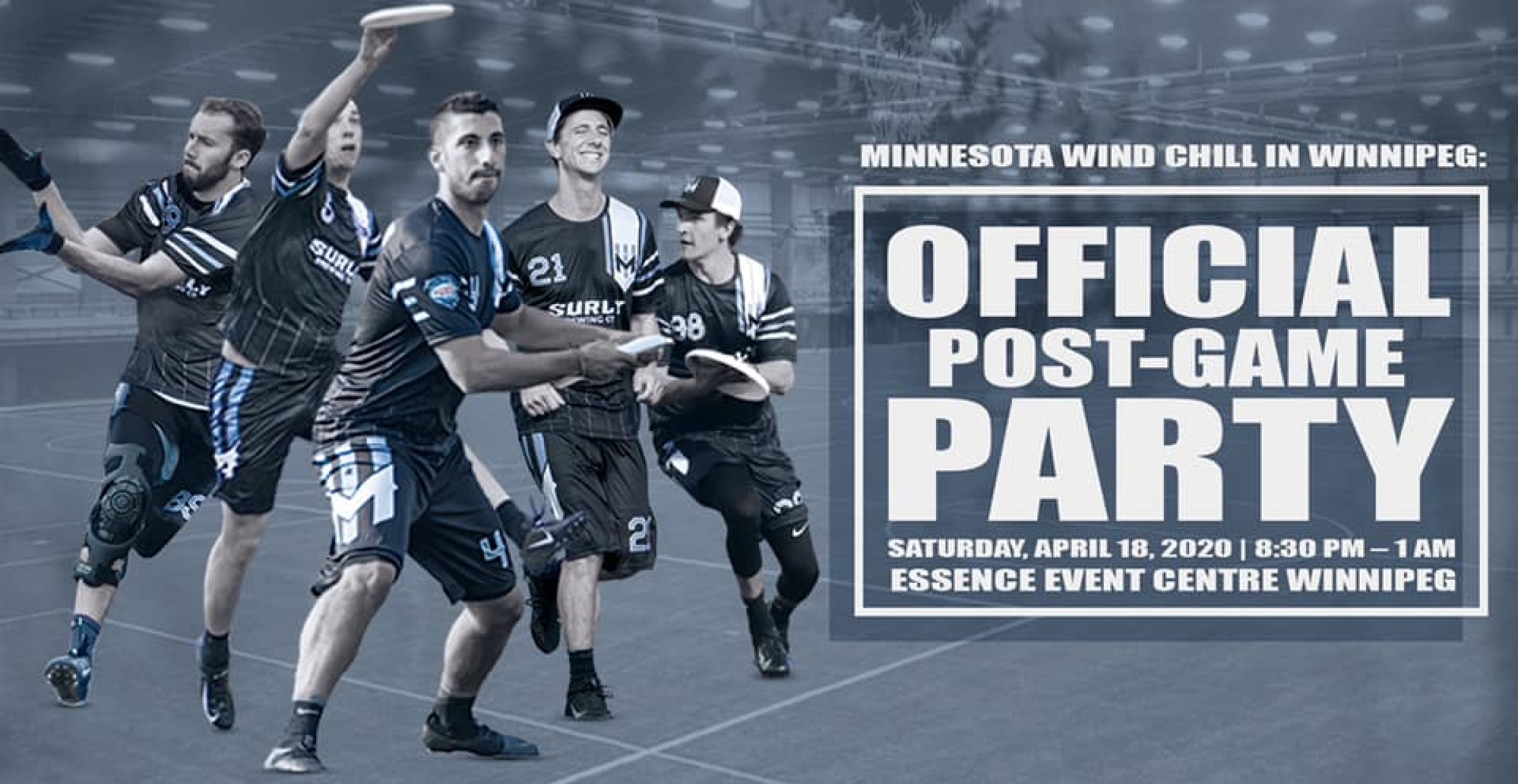